Well its been a hot second since I posted anything. Here is a list of major life events that have happened to me in the last week:

So now I’m a 22 year old bride, which in retrospect, is what I always wanted to be. I just never expected my small childhood dream to manifest itself in real life so accurately. The thing that still gets me, though, is the getting married in January part. The way I envisioned this happening was, my fiance would deploy for six months and in the mean time, I would work on finishing my degree and start planning a dream shindig with my mom. My mom and I have a weird bond over conversations about weddings. It’s important to us. Then, he would come home and we would do things like tour venues, taste cakes, and plan a honeymoon. You know, the fun things that engaged couples do together when planning a wedding. And after a year or so of being engaged, we would tie the knot and live happily ever after.

But unfortunately, I never get to have the special moments I wanted as a child. Its foolish of me to even believe I could. Childhood promises of, “of course you’ll get to be a debutante,” and “we’ll make sure your wedding is a grand occasion like mine was,” I realize are trivial little snippets meant to let me believe I could be or do whatever I wanted when I grew up. In a conversation I had with my mother, she expressed the reality of the situation as it seemed to her. If we get married, we get married. That’s it.

Before this conversation, my fiance and I had a plan. We would have a super low-key marriage ceremony in front of a local judge before he deploys, so that way if anything were to happen to me, he could come home. When he got back, we would plan a real wedding for all of our people to come to and that’s when we would really get married. I would consider the part that happened beforehand as more of an “engagement with benefits.” Meaning, all of the financial benefits of being married, but I still get to feel like a bride on our big celebration wedding day.

Maybe its because my mother was raised by a traditionalist elite. She doesn’t seem to understand that I still want the wedding she promised me as a girl. She thinks that people who wait to have a ceremony are people that can’t afford one. That isn’t the case for us, so you do it as a big ceremony or a small one. You can’t have both.

Call me crazy, but I don’t take it well when I am told no to something that is this important to me. I’ve been in a state about it all week. But then again, I went from being pleasantly engaged to holy shit, we’re getting married in like three weeks. I feel like I’m being tossed from one decision to the next, totally unsure of everything except of the person I’m marrying. But in the end, he’s all that matters to me anyways. So I don’t know what I’m complaining about.

A common path for a woman’s life to take is that of “marrying up” as a means of improving her station in life. Growing up in a gender biased world, I felt the pressure as a child to achieve this. I always thought I would marry a man that would be my financial support and I would continue to live my dream as a backup dancer for Brittany Spears (childhood life dream, age 10).

But now that I’m an adult, I realize just how foolish this concept is. Well, not so much backup dancing for Brittany Spears. That would have been an awesome career choice. I mean the concept of needing to marry someone to make my life better.

Is it so wrong to hope that I can make someone else’s life better?

I mean, I have been wealthy my whole life. Marrying up seems like it would be incredibly selfish of me in the first place. Why share wealth with even more excessive wealth? Gross.

And then I look back at my mother. And her mother. My mom married a broke, un-aspirational college student while she was at LSU. My grandmother married a man that literally grew up in a shack in the swamps of Louisiana. She grew up in a palace by comparison. Granted, he was the kind of man that had an incredible work ethic, and he was the kind of man that had dreams. He didn’t marry my grandmother for money like my father did. He married her because he knew life wouldn’t be the same without her. I guarantee he would have been just as successful without her financial help, but with her support, he was able to achieve greatness and still lead the lavish life his wife was accustomed to.

I don’t think it would be weird to be with someone that grew up without the luxuries I did. Maybe he could never afford college. So what? College isn’t for everyone anyway. I would love to provide for someone the way that my grandmother did to my grandfather all those years ago, if I ever did get married.

What I’m getting at here, I think, is why does the man have to be the provider? Or, why does a woman have to marry a man to improve her station in life? Can’t it work just as well the other way around? 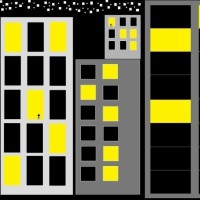 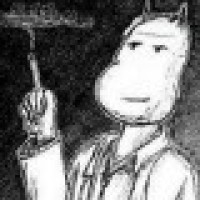 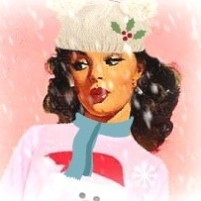 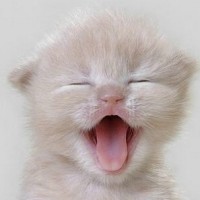 A little bit of everything, kind of like a pot-luck dinner

So what you're saying is...

A Memoir of a Life Best Lived

The goal of this blog is to not only document how to find sex and the mental aspect of how men and women perceive sex online, but to educate those interested in using the internet to find discreet (or not) relationships. If you think you couldn't do it, I'm living proof you can. I have been using craigslist to find suitable (but most times disappointing) sex since July 2012. Each week, I will add a story of an encounter I had (all very real.) No names, pictures, or revealing tattoo descriptions (yeah, looking at you drunk army dick) will be used.

this is not a love story.

stay in the light chloe

Musings about life and style.

and shine all day.

Sex Positivity: An Education for the Masses

Get the Dirt on Doin' the Dirty

Young & Twenty
I Want to be a Pin Up
Kitty Bloger

Just another site about cats

This World We Live In

My interpretations on the world around me, and life in general.

Thought Catalog is a digital youth culture magazine dedicated to your stories and ideas.

From South to North, a twenty something's guide to Creativity, Adventure & Fabulous!